By growing varieties that bloom when day and night are equal, ALUMINET DS screen made by Ginegar serve that purpose
An Interview with Zari Gal, Agronomist at the Ginegar 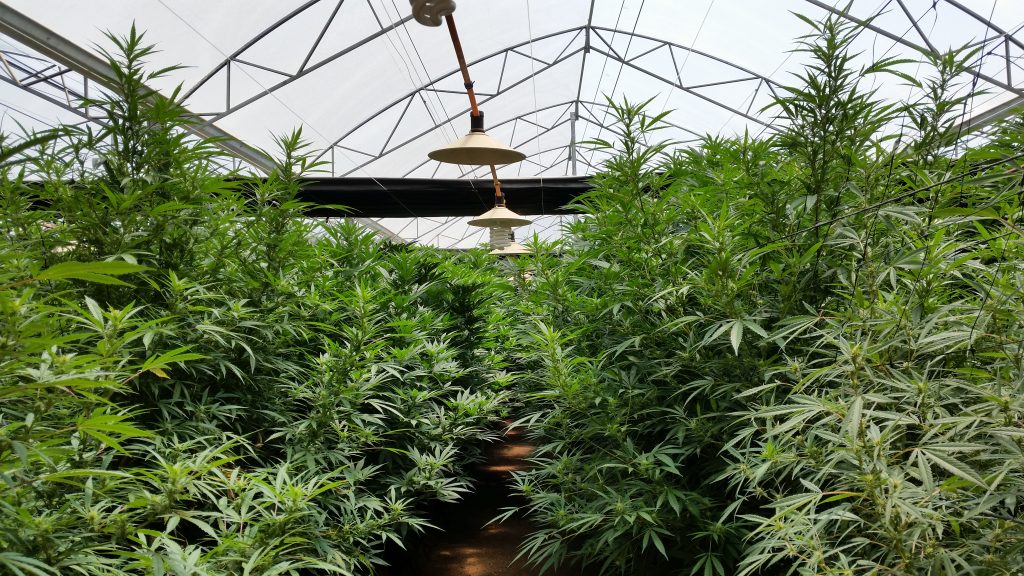 In recent years many farmers have begun to raise cannabis. The increased demand for medical products and regulatory changes in some U.S. states regarding cultivation of cannabis have led to accelerated development of this sector which is currently considered an agricultural division in every sense.
Zari Gal, an agronomist at Ginegar, became familiar with cannabis cultivation in Israel eight years ago, when he met with the founders of Tikkun Olam, the first company to grow cannabis in greenhouses with darkening screens, with the aim of controlling the blooming season.

Zari says that in his frequent visits to California, he sees the accelerated development of cannabis cultivation. The technological level in Israel is higher than what he has observed in California. In Israel the growers process the raw material into a finished product for medicals applications. The cannabis intended for production of medicinal material is primarily from hybrid varieties, they contain more of TCH than traditional varieties. The growers California in generally deal with cultivation and selling the produce to industry.
High-tech cultivation of cannabis is done in greenhouses, while creating conditions that enable blooming throughout the year. By growing varieties that bloom when day and night are equal, ALUMINET DS screen made by Ginegar serve that purpose. Cannabis needs total darkness, and therefore Ginegar has developed a triple-layered screen. The top layer of the screen is an HDPE sheet metalize with aluminum, with two black screens underneath. The skyrocketing sales curve for screens of this type indicates the division’s development.

The cut flowers growers in California have encountered a crisis due to competition from South America, conversion to growing cannabis was simple for them. Their greenhouses stood ready, and for those who grow chrysanthemums, they even have darkening screens. Zari knows a flower producer who owns many greenhouses, who began to grow cannabis in one greenhouse, and once he saw that it was successful, he converted additional greenhouses to grow cannabis.
Cannabis varieties whose blooming is not dependent on the length of the day, may be grown in net houses covered by Chromatinet Pearl made by Ginegar, at 30% or 40% shade according to the geographic area and its level of radiation.

Some growers grow cannabis in tunnels using black/white plastic sheeting for darkening, but since the sheets are airtight, condensation is formed underneath so it drips onto the plants; but ALUMINET DS is made from woven materials that “breathe,” and therefore no condensation is formed.
In Zari’s opinion, the main variables for successful cultivation and production of a quality crop are new varieties, and growing in covered greenhouses with Ginegar screens that let through a lot of light for photosynthesis. In a test conducted in Israel, a high correlation was found between the amount of light reaching the plant and the crop yield. In other words, more light equals higher yield, and Aluminet DS is important as well.
To summarize, Zari states his basic belief: “The cannabis sector will develop to the extent that more countries endorse cannabis for private and medical use, and by using advanced technologies, growers will produce more and higher quality crops, thus increasing profits.”