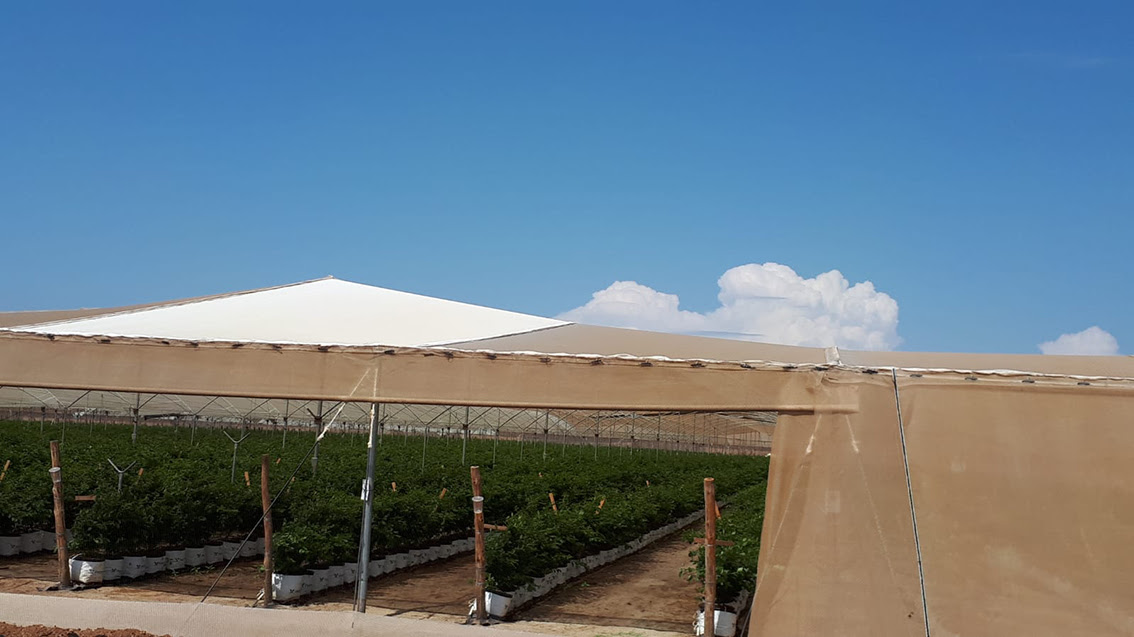 How science blows the wind into the sails of pest control

To gain high yield of healthy crop, growers often face the challenge of resolving one issue and creating another in the effort to optimize growing conditions. Alternatively, to better one aspect they must compromise another. With enhanced pest control, airflow is often sacrificed. With innovative shading nets – that need no longer necessarily be the case. In this article we will review shading nets with special attributes for enhanced pest control, such as OptiNet® from Ginegar.

Shading nets for insect control
A regular 50 mesh shading net is relatively dense. This type of net is considered standard for pest control, but it also reduces ventilation and the plants suffer from heat and develop diseases. The 50 mesh net is also useless against thrips as this pest can still penetrate through its holes. Once the crop is infected with thrips, the pest is virtually impossible to exterminate. Thrips tend to hide within the flowers, the cracks in leaves and incarnate in the soil. Disinfection in such cases calls for heavy use of chemical solutions.

Because of the challenges caused with regular net use, Ginegar Plastics set to develop a shading net that can help overcome them. The approach was to use science to create a net that could perhaps prevent insects from reaching it, and if they did, optimal pest control should be combined with good ventilation. In short, Ginegar wanted to put blow the wind back into the sails of pest control shading nets.

For this purpose, Ginegar partnered with the Besor experimental station in conjunction with the Vulcani Institute of the Agricultural Research to conduct a three step research.
– Preventing insects from reaching the net
– Achieving high-level protection against pests, especially thrips
– Maintaining good growing conditions

Preventing insects from reaching the growing house
As a first step, the researchers turned to observing insect behavior, so that it can be used against the pests. The idea was to try and prevent the insects from reaching the net. Researchers found that insect flight behavior depends on light wavelength, or spectrum. In fact specific light wavelengths can repel insects, causing them to fly away.

Ginegar product developers followed this finding by developing a manufacturing process to insert various additives in to the mesh, which block and reflect UV radiation. The net therefore reflects the wavelength the insects use for vision. The net practically “dazzles” and blinds the insects, thus repelling them. The insects continue flying and avoid landing on the growth house. By creating conditions to avoid contact of insects with the net, penetration levels are considerably reduced. Test have shown that OptiNet® achieved five times less pest penetration, compared to a standard 50-mesh net.

Achieving high-level pest control, especially thrips
Researchers observed that thrips tend to fly against the wind. By positioning the reflective nets in the growing house to consider the direction from which the insects usually approach, the repellent attribute can be used to the full. Tests conducting during the development of the OptiNet® shading nets demonstrate that the thrips population under 40-and 50-mesh OptiNet® is eight times lower than under standard 50-mesh nets.

Maintaining good growing conditions
Ginegar researchers were looking for a way to still use a 50 mesh shading net, thus still protecting against insect penetration, but all the while, also maintaining optimal growing conditions for crops. Knowing the 50-mesh nets usually cause overheating of the growing area, the desired solution called foremost for good airflow and temperature control.

The reflective characteristics of OptiNet® have also proven useful for temperature control. By reflecting direct radiation from the growing house and blocking UV penetration, temperatures in it are reduced. Furthermore, despite the use of relatively large holes that contribute to good airflow and adequate ventilation, protection capability against pests is still maintained due to the optical attributes.

With OptiNet® growers achieve:
Optimal protection against tobacco moth aphids or whitefly and leaf miner
The only net to protect against thrips
Reduced development of leaf diseases, such as late blight of tomatoes
Microclimate management using defused reflection and shading
Enhanced crop environment with defused light and protection against direct radiation and UV
Optimal ventilation via airflow into the growing structure
Ease of use – easy to rinse dust with water, for maintaining a relatively dust-free crop environment (compared to regular nets)
Density control – growers can select between a 50 mesh net or 40 mesh for extra density and better insect control.

Summary
OptiNet®, as its name suggests, is a shading net with unique non-toxic optical additives. This innovative net combines optical and physical protection for crops against pests. The additives create optical characteristics that blind the insects before they reach the net. Physical attributes contribute to prevent insect penetration into the crop environment.  Despite the net density, airflow is maintained at an optimal level. OptiNet® enables growers to reduce the use of pesticides considerably. Optimized yields with reduced costs and enhanced ecological crop management are the result. 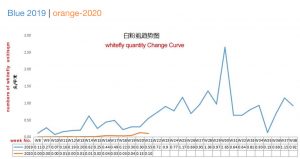