After two decades of selling plastic film products in India, Ginegar Plastic Products has decided to establish in India a plant for manufacturing plastic films, in order to satisfy the increasing local demand.

Omer Gutman, Export Manager Africa/Asia/Oceania, who has overseen the plant’s establishment, says the reasons that led Ginegar Plastic Products’ decision to expand in India and build the new plant there, are the increase in intensive farming, the government’s policy of encouraging local production and shipping costs from Israel to India.

Omer says that the exceptionally large number of farming households in India far exceeds the norm in both the West and the Orient.
Over the past fourteen years, there has been a marked transition to advanced greenhouse vegetable and flower production, which, together with the advent of new growers, has fuelled the need for greenhouses.

Ginegar Plastic Products is part of this development. It has led the adoption of smart cover films for greenhouses, thanks to thousands of seminars by local representatives, for Indian farmers thirsting for knowledge, through Agriplast and its founder, Rajeeb Roy.

Greenhouses create separate microclimates for each crop, which means that the film must be adapted to the required growing conditions. Ginegar Plastic Products’ professional expertise for adapting solutions to requirements addresses this need. 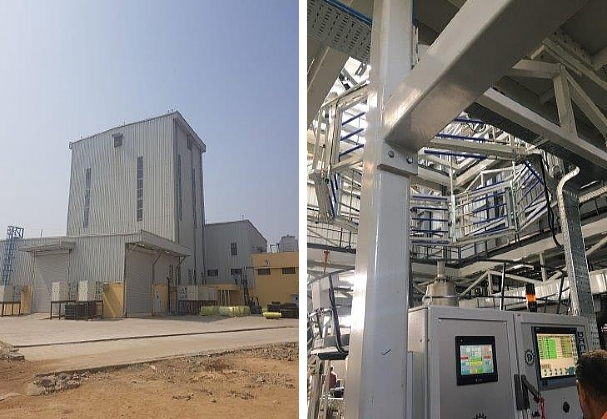 The new plastic film plant was constructed in Gujarat, in Western India, near the former capital, Ahmedabad/ Amdavad Gandhinagar.
Gujarat’s agriculture is the most advanced in India and the State Government encourages its development.
‘Actually’, Omer says, ‘We have joined an existing plastic production plant which has the required infrastructure for our needs and can accommodate additional machines as required. Our building was constructed at this plant. Our factory can produce enough plastic film for the whole of India.’

We have also established a marketing and sales subsidiary in India, fully owned by Ginegar Plastic Products Israel, for marketing and logistics.
It will continue to work with local suppliers.